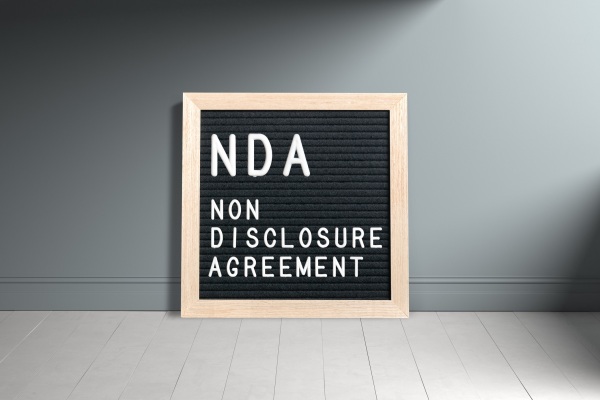 In the era of #MeToo, the gag order (legally speaking, non-disclosures or confidentiality clauses) has come under attack as a tool that silences victims and is responsible for compounding the damage to victims by keeping them from telling their stories. This issue took center stage in a recent Democratic Primary debate when Michael Bloomberg was chastised about confidentiality orders his employees signed and pressured by the other candidates to release these employees.

The victim oppression concern is a valid one with an intuitive appeal.  Why should victims be silenced?  Isn’t it in our collective best interests to hear from them so we can help them heal and protect the rest of us from predators?  While these sentiments address serious societal concerns, they also oversimplify the role of confidentiality clauses by narrowly casting them only as tools used only to hide bad behavior.  Often, they are tools that facilitate settlement and efficient resolutions of disputes that offer benefits that are less obvious than the victim-silencing purpose dominating the public discourse.

Imagine for a moment that you are a CEO of a small sales organization and a direct report accuses you of gender discrimination in the way you assign sales leads after you were selected for the position over that colleague. Suppose that you have strong evidence the claim is baseless because the manner in which leads are assigned is fully supported by objective performance evidence. Consider that defending against this baseless claim (a) will cost upward of $250,000 your company cannot afford to spend without diverting resources from significant business needs, (b) will disrupt your business, and (c) may even be in the hands of an insurer who can pressure you to settle. On top of that, do not forget that even after you present compelling objective evidence, you still must overcome the emotional appeal of the alleged victim with the jury.  Now, imagine if you can resolve this case for $7,500.  Would you want to settle such a claim?  Of course not.  But does it make good business sense?  Perhaps.

Even if paying the claim might be a sound economic decision, there are other concerns to weigh.  What would happen if it came out that you resolved this case? Would it look like you did something wrong?  Would it hurt your reputation?  Would it hurt your business?  Would it jeopardize the stability of the workforce? Would it invite others to bring baseless claims for a payday?

One way to balance these concerns and make a good business decision is to resolve the case with an agreement that includes a non-disclosure clause.  It is not a perfect answer and, in certain states, it is not allowed (see this legal alert), at least, to the extent it requires a person to keep the underlying allegations confidential. Nevertheless, it is an important incentive to resolve a claim. The accuser is able to resolve a case, the accused is able to continue business operations, and would-be con artists are not as incentivized to bring copycat claims to chase a windfall.

Alternatively, imagine, after getting a coveted promotion, you learn your boss selected you because he/she expected you would show your appreciation with sexual favors. Soured on the work culture and feeling like you’ve been stigmatized, you assert a claim, settle, and resign.  You have a right to put this behind you and move on, but are concerned it will affect you in unanticipated ways.  How will potential employers react if they learn you claimed you were promoted based on your boss’s sexual interest in you and not your merit?  Will referral sources, clients, and other contacts view you negatively?  Do you want to leave open the possibility that the boss or others who are privy to the situation will trash your reputation?  Would you prefer a confidential settlement to protect yourself?

The ways in which confidentiality settlement allow parties to get beyond these types of concerns and to a settlement influences the entire system.  For example, consider whether settlement would be less likely if these concerns could not be mitigated.  Moreover, consider whether attorneys representing employees would be less willing to take a case if the only chance for recovery was to win a trial with all the associated risks and costs.

Likewise, the idea that these agreements hide the conduct of serial abusers is also misplaced.  Generally, a confidential settlement would need to be disclosed in litigation alleging similar conduct by another victim.  Indeed, most confidentiality agreements are required to include an exception allowing information about a complaint to be produced if sought in a subsequent legal matter.

None of this is to say that confidentiality clauses are not overused and abused.  Concerns that they can be a tool of victim oppression are serious and warranted.  Victims have been silenced unfairly and unjustly.  These instances, however, do not mean that all confidentiality clauses should be viewed as markers of victim oppression. It is important to weigh the range of competing factors served by confidentiality agreements, so we can take a more balanced view without presuming they are only a means to silence victims and protect harassers and predators.