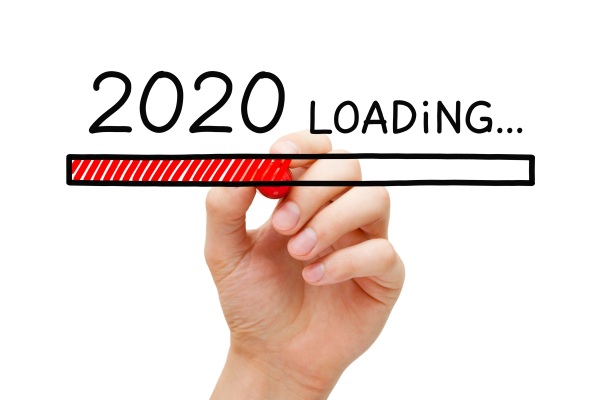 They say the only thing in life that is constant is change, and we certainly saw that in 2019.  This was a big year for change in employment law as legislators, courts, and regulators, shaped the workplace to reflect societal changes.  The changes we saw included new requirements that address continued fallout from the #MeToo movement, concerns about wage distribution and equity, and balancing the rights of employers and unions.  Coupling these legal changes with competitive pressures due to labor shortages in certain industries, the stakes are higher than ever for employers.  We are seeing rapid change in the workplace and now is not the time fall behind.  In case you missed it, here are some issues that we brought to employers this year:

As you may recall, the U.S. Department of Labor released a Final Rule which was to go into effect on December 1, 2016, but, due to a court-issued injunction, followed by change of administration, it never did.  Now, we have an updated version that goes into effect on January 1, 2020.  Although the proposals leading up to these new rules garnered a lot of ink, the new rules make some changes that were not expected and maintain the status quo in areas that were expected to change. The DOL says the increase in salary thresholds will boost wages for 1.3 million U.S. workers. More here.

On August 6, 2019, New Jersey amended its Wage and Hour Law and adopted the new Wage Theft Act (WTA), creating one of the toughest wage and hour enforcement laws in the country.  This law puts a high burden on employers and imposes significantly increased liability for employers who fail to pay wages owed, including potential jail time.

Click here to read more about what this means for employers and what employers should do to protect themselves from liability under the WTA.

Beginning in January, employers will no longer be able to screen job applicants based on their wage or salary history, or inquire about their historical salary, compensation and benefits. However, a prospective employee may still voluntarily provide salary information. The bill doesn’t go into effect until January 25th, but employers should be preparing to amend their recruitment processes before it is enacted.

Practically, this law means employers will need to rely on measures other than a candidate’s salary history in setting compensation, including internal pay policies and market-based analysis. Click here to learn more.

The main takeaway from the opinion named in this legal alert is that employers faced with violations of Title VII must be careful to promptly raise the defense, when available, that the employee failed to file a charge with the EEOC within the allotted time period. In many Circuit Courts of Appeal, including the Third Circuit, this has long been the law, while in other Circuits, employers could raise this defense at any time. Now, all employers must raise it timely. Employers and their counsel should be careful to do so.

If you are facing any complaints under Title VII and/or any state equivalents, click here to read about this case in more detail.

In addition to the range of court decisions that shape how employers treat employees who use medical cannabis, in July, New Jersey’s legislature weighed in with new requirements. Now, no matter how an employer ultimately chooses to treat employees and applicants who use medical cannabis lawfully under the Jake Honig Compassionate Use Medical Cannabis Act, employers need to amend their drug screening programs and hiring processes to ensure that they are in compliance with this law. Employers also need to consider whether they will accept a valid medical explanation as a basis to disregard a positive test, especially in light of recent court rulings that may create liability for employers who take adverse action against employees and applicants who use medical cannabis in accordance with state law. Click here to learn more.

The federal Tax Cuts and Jobs Act of 2017 eliminated a federal tax deduction for employers which had allowed them to deduct the cost of providing qualified transportation benefits to employees (thereby removing the tax incentive for employers to do so). In response, earlier this summer New Jersey enacted “An Act Concerning Pre-Tax Transportation Fringe Benefits” requiring all New Jersey employers with 20 or more employees to offer employees the opportunity to set aside wages on a pre-tax basis for the purchase of qualifying transportation services, such as transit passes and commuter highway vehicle travel. Click here to learn more about what this means for employers, including next steps and how to ensure your company is in compliance.

New Jersey employers need to be mindful that they no longer have a free pass to take adverse employment actions against employees and candidates solely because they use medical marijuana; those affected by such decisions will be emboldened by this new case, and their lawyers will be confident that a lawsuit challenging the adverse actions is more likely to survive a motion to dismiss at the beginning of the case. As the law in New Jersey now stands, employers are not required to accommodate medical marijuana use, but there is now an increased risk if they refuse. Additionally, various bills have been proposed and are being considered by the New Jersey legislature, which, if adopted, may expand employee rights in this area of the law.

As of right now, employers remain free to take adverse action if an employee shows any sign of impairment from use of medical marijuana, or, for that matter, any other drug, legal or not. More here.

Employers who take action against a candidate or employee based on a positive result for cannabis when the employee has a valid medical authorization and no evidence of impairment should be prepared for a fight.  Employees and their lawyers are looking for these cases in many states to try to change the law. Employers need to decide if screening out medical cannabis users is worth the risk of a potentially expensive court battle. More here.

As businesses across the country look to capitalize on the “green rush” from states’ expanded medical and adult use cannabis laws, unions are also eager to take advantage of the opportunities presented by this burgeoning, and quickly maturing, industry.  For instance, the United Food and Commercial Workers International Union has formed a cannabis-focused division and is actively representing cannabis workers in many states and seeking to expand to others.  These unions may also get a boost from legislative action in certain states.  Under New Jersey’s proposed cannabis expansion law, for example, licensee applicants who have entered into a labor peace agreement or a collective bargaining agreement receive preference in the license competition.  Expect unions to seek to represent workers in cannabis-related construction, retail, farming, cultivation, security, and processing.

Employers operating in and/or servicing the cannabis industry should consider and plan for the potential impact of labor unions in their industry.

Walmart Takes a Seat in California

Earlier this year, Walmart reportedly agreed to pay $65 million to settle a case brought on behalf of nearly 100,000 current and former California cashiers who claimed the company violated their rights under a state law dating back to 1911 when it failed to provide them with seating.  The workers claimed Walmart, which denied any wrongdoing, breached its duty to make seating available “when the nature of the work reasonably permits.” This case is a friendly reminder that employers need to look carefully at their duty to offer reasonable accommodations to employees and to engage in an interactive process to make sure that the employer can justify any denied accommodation. More here.

What New Jersey’s New Law On Employment Contracts Means for Employers: Are Non-Disclosure and Arbitration Provisions Out?

On March 18, 2019, New Jersey Governor Phil Murphy signed a new law, which, among other things, bars employers from requiring employees to sign or enforcing employment contracts that require employees to agree to waive certain rights or remedies and bars agreements that conceal details relating to discrimination claims. Click here for a checklist of what employers need to know, including what this law prohibits and applies to in the workplace.

What New Jersey’s New Law On Employment Contracts Means for Employers: Are Non-Disclosure and Arbitration Provisions Out?

On March 18, 2019, New Jersey Governor Phil Murphy signed a new law, which, among other things, bars employers from requiring employees to sign or enforcing employment contracts that require employees to agree to waive certain rights or remedies and bars agreements that conceal details relating to discrimination claims.

Here’s what employers need to know:

Although the law is aimed primarily at prospective waivers of rights and clauses concealing the details of discrimination claims, the full scope of this law’s applicability will become clear only after it has been interpreted by the courts.  For example, one of the most significant open questions is whether New Jersey courts will deem mandatory arbitration provisions in employment agreements unenforceable as to discrimination claims and, if they do, whether the Federal Arbitration Act will, in turn, be deemed to preempt such a limitation on the enforcement of arbitration clauses.  Another important question is whether courts will construe this law to bar confidentiality provisions in settlement agreements that restrict employees from disclosing the terms of the settlement.

As we wait for the courts to resolve these and other open questions, employers should proceed thoughtfully when seeking confidentiality in connection with a claim of discrimination.  A precisely drafted confidentiality agreement or policy might be desirable in some situations, such as to preserve the integrity of an ongoing investigation, but employers need to be mindful of this law and understand the limitations and potential consequences of requiring confidentiality and/or taking disciplinary action when confidentiality is breached.  Employers relying on mandatory arbitration provisions should also consider the impact of this law and consult their counsel in evaluating whether to exclude discrimination claims from arbitration.

If you have any questions about this legal alert or if you run across a related issue in your workplace, please feel free to contact Adam Gersh or any other member of Flaster Greenberg’s Labor & Employment Department.