Restaurant owners need to be on high alert about how they pay servers for “side work” after a recent federal court decision in Delaware that put a fork in a motion to dismiss a waitress’s overtime pay lawsuit against her restaurant employer.  The server is seeking to recover for alleged violations of wage and hour laws due to the way she was compensated for work other than directly serving patrons. Given the facts and the widespread use of the challenged practice, this may be a fertile ground for class action lawsuits by servers against restaurants subject to the Fair Labor Standards Act (“FLSA”), 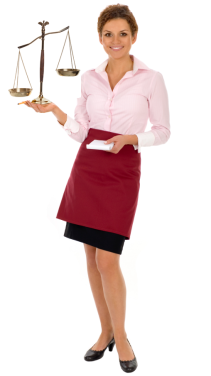 which generally includes restaurants with $500,000 in gross revenue.

The case, McLamb v High 5 Hospitality, arises because a server at a Buffalo Wild Wings alleges the restaurant violated her rights under the FLSA by, among other things, failing to pay her minimum wage, even though, based on the number of hours she worked, her pay exceeded the applicable minimum wage.  In this case, Buffalo Wild Wings, like most others, paid the server less than minimum wage ($2.25/hour in this case) under the FLSA’s “tip credit” provision.  According to the server, her shifts included both tip-eligible work (e.g., serving) and work that was not eligible for tips (e.g., side work  including cleaning, re-stocking, opening, closing and rolling silverware).  The server claims she regularly spent in excess of 20% of her working time performing work that was not eligible for tips.  The server claims she essentially had dual jobs and was not paid minimum wage for her side work.  Her employer argued her claim should be dismissed because, under a “work week analysis”, tips received by a tipped employee count towards their minimum wage regardless of the nature of their duties.

At the motion to dismiss stage, the Court rejected the restaurant’s argument relying, in part, on a U.S. Department of Labor Field Operations Handbook, which states “[W]here the facts indicate that specific … tipped employees spend a substantial amount of time (in excess of 20 percent) performing general preparation work or maintenance, no tip credit may be taken for the time spent in such duties.”  While this is only a trial level case in the preliminary motion to dismiss stage (where the plaintiff has a low burden to survive dismissal), it is significant that the Court is leaving open the possibility that failing to pay minimum wage to servers for side work that exceeds 20% of working time may be an FLSA violation even when the employee earned minimum wage under a “work week analysis.”  This is consistent with the holdings of other courts as well.  The case could have implications in Pennsylvania and New Jersey, as they are part of the federal Third Circuit, which includes Delaware.

To be on the safe side, restaurant employers who are subject to FLSA and use the tip credit provision should consider either keeping the time servers spend on side work below 20% of working time — and documenting that fact as well as they can — or paying servers separately for side work at a minimum wage. 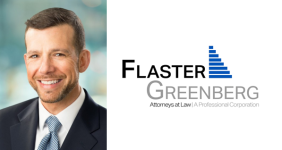