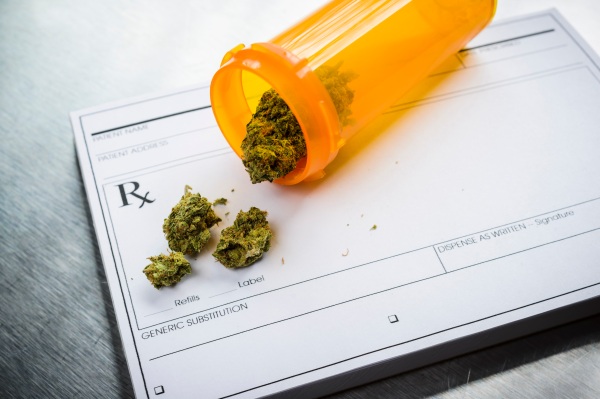 You may recall, in 2019, this blog post reported New Jersey’s Appellate Division joined courts that found an employee may be able to state a disability discrimination claim against an employer who takes an adverse employment action due to the employee’s use of medical cannabis.  That case, Wild v. Carriage Funeral Holdings, Inc., was one in a spate of recent decisions as courts in New Jersey and other states that allow medical use of cannabis have grappled with reconciling laws protecting employees from disability discrimination, employers’ rights to maintain workplaces free of drug use, and federal statutes outlawing cannabis use for any reason. Early decisions in these cases came down in favor of employers, permitting employers to discipline, terminate, or refuse to hire employees who use medical cannabis, even without evidence of use or impairment in the workplace.

New Jersey’s Appellate Division’s Wild ruling changed course when it held an employee may state a disability discrimination claim for failure to accommodate against an employer who takes an adverse employment action due to the employee’s use of medical cannabis.  Now, on March 10, 2020, the Supreme Court of New Jersey affirmed the decision, ruling an employer can potentially be liable under New Jersey’s Law Against Discrimination (“LAD”) for failing to accommodate an employee’s use of medical cannabis outside of the workplace.

What Happened?  In 2015, the employee, a funeral director, was prescribed and used medical cannabis as authorized by New Jersey’s Compassionate Use Act. In 2016, the employee was in an auto accident while working. The employee advised hospital staff he was authorized to use medical cannabis. The treating doctor responded that “it was clear [the employee] was not under the influence of cannabis [and, thus, his cannabis use was not a cause of the accident], and therefore no blood tests were required.”

The employee eventually returned to work, but, his supervisor advised him that his employment was “being terminated because they found drugs in your system”, though no test results had been provided to the employer. In a subsequent letter, the company told the employee it had terminated him not because of his drug use, but because he failed to disclose his use of medication contrary to company policy. The employee brought an action alleging he had been a victim of disability discrimination.

What did the Courts decide?  The trial court dismissed the employee’s claims, finding that New Jersey’s Compassionate Use Act “does not contain employment-related protections for licensed users of medical cannabis.” The employee appealed.

On appeal, a three-judge panel of New Jersey’s Appellate Division reversed the dismissal. The Appellate Division cannabis found that the LAD might require such an accommodation. Although the Compassionate Use Act does not make illegal an employer’s adverse action against an employee for medical cannabis use, by the same token, the Appellate Division stated it does not immunize an employer’s conduct that might otherwise have been a violation of the LAD.  In affirming the decision, the Supreme Court held an employee may state a failure to accommodate claim under the LAD against an employer who takes an adverse action against the employee for use of cannabis outside of work when that use is otherwise compliant with the Compassionate Use Act.

What do employers need to know?  It is important to understand neither the Appellate Division nor the Supreme Court ruled this employee was a victim of disability discrimination. In fact, the Appellate Division expressly recognized that the case was at the earliest stages, and the employer had pled potentially valid defenses.  The Court ruled only that the case could not be dismissed on its face.

New Jersey employers need to be mindful that they no longer have a free pass to take adverse employment actions against employees and candidates solely because they use medical cannabis outside of the workplace.  It is important to note, the courts in New Jersey have not suggested an employer must accommodate impairment due to medical cannabis use, so employers should remain vigilant about addressing employee impairment issues.  The law as to when an accommodation is reasonable is still developing.  For instance, a requested accommodation that may make an employer ineligible to bid on certain projects or that conflicts with established safety laws and regulations will be subject to greater scrutiny than a requested accommodation that does not impose added burdens on the employer.

In other words, stay tuned, because we have certainly not heard the last word on this topic.